Merson Group > Blog > Signage Through the Ages: A Retrospective

Signage Through the Ages: A Retrospective 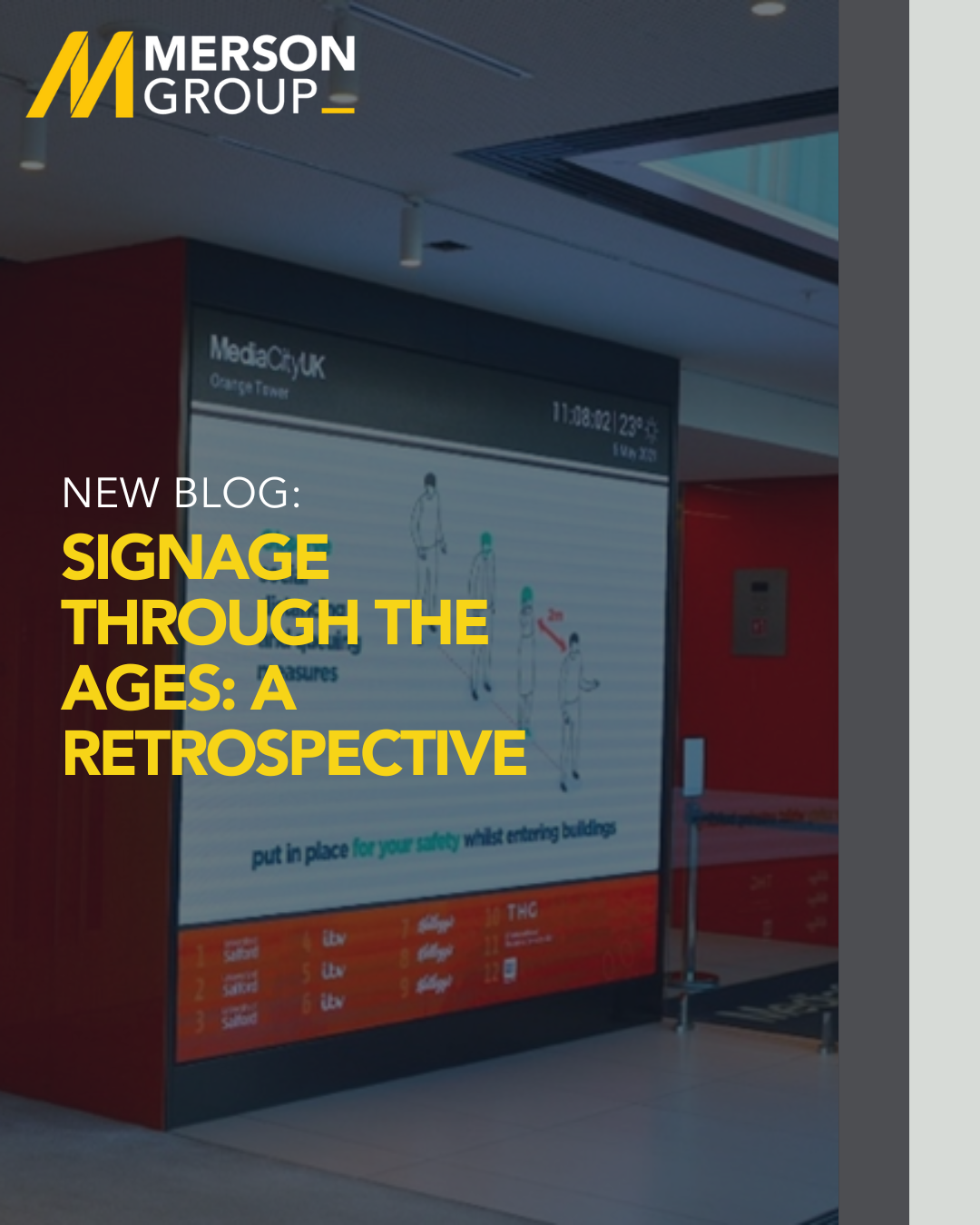 Can you believe that Merson Group has been around since 1938? As you can imagine, throughout our eight decades in the signage industry, we’ve seen some big changes when it comes to signage styles, materials, and ever-evolving technology.

After all, signs have been a fundamental element in trade, commerce and travel for centuries; as long as businesses have needed to announce themselves, and people have needed to find their way, signs have been indispensable. So, let’s take a look at how signage has changed throughout Merson’s lifetime, from the fluorescent lights of the 30s to the complex digital signage of today.

1930s
The 1930s saw the era of ‘modernism’, characterised by rapid technological advances and social changes due to accelerated industrialisation. The sign industry reflected this, and in the mid-1930s it was revolutionised when the fluorescent tube was launched. Although neon signs had already been lighting up cities and towns for a while, this new technology allowed signs to be illuminated in a range of fresh colours and modelled into any shape imaginable. In 1938, Merson was born, becoming part of this era of exciting diversity in the design and manufacture of signs. 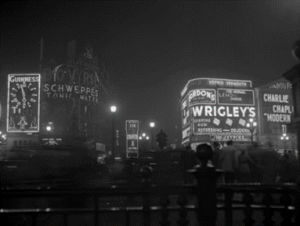 1940s
As World War II rocked the world, the sign industry inevitably declined as resources were focused towards the war effort. However, Post World War II, the signage industry boomed as a new material – plastic – was making waves. Plastic manufacturers began to accelerate production for signage, allowing businesses to make signs that were cheap, durable and needed minimal maintenance. Whether it was on a shop front or a roadside, plastic signage endured to engage the public and build brand identities throughout the following decades.

1950s
In the post-war 50s, signage began to reflect an increasingly motorised world where more people could buy their own automobiles. This created a need for wayfinding signs to help people get from A to B, as well as signs promoting motorist safety. Importantly, it also meant that brand signs were no longer just for storefronts; freestanding signs could also be placed on roadsides to show motorists what was available nearby. Today, signs that tell us where we can eat and refuel are an essential part of any road trip. 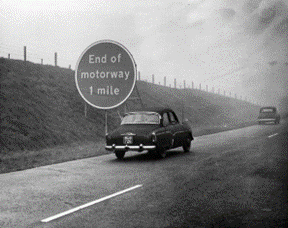 1960s
By the early 1960s, plastic signs, especially acrylic ones, were everywhere. They were combined with fluorescent tubes and lightbulbs to create complex signs that lit up the night. As youth and night-time culture kicked off, signage – as pictured below in Piccadilly Circus – reflected a newly modernised London, capable of running into the early hours in the morning. The mesmerising effect of the bright-lit signage gave the city a real sense of life and stature in a century that continued to see rapidly accelerating technological and social developments. 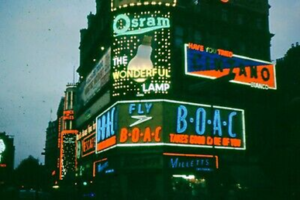 1970s
By the ‘70s, the world was becoming increasingly globalised as affordable air travel opened up the world. In 1970, The Society for Environmental Graphic Design was founded, prompting designers to study how to best navigate and direct people through public spaces. As a result, wayfinding signage was implemented in airports across the world. Below is an image from the 1970s of Riga airport, with its traditional split-flap signage which rotated to show a series of letters and numbers. These signs created an iconic flipping noise remembered by people who travelled during this era. Although their inefficiency means they’ve mainly been replaced by digital signage, there are still some split-flap signs that exist in airports today decades later. 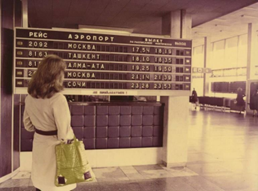 1980s
The commercialism of the ‘80s meant that shops were keen to stand out, and electric lighting became even more of a mainstay of retail signage, as we can see from this image of Eastgate Shopping Centre from 1986. Going a step further to catch people’s attention, some business owners planted the first seeds of digital signage by using giant TVs in shop windows to display VHS advertisements. This creative approach was the foundation of the complex digital signage that Merson provides to helps brands, airports and rail companies today. 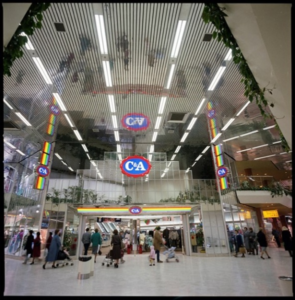 1990s
The ‘90s saw the advent of digital signage in the UK, as media could now be stored digitally. One of the first examples of public digital signage was erected in a UK shopping centre in 1992. At this time, they existed as video walls rather than mounted or stand-alone screens; these would only become possible in the next decade thanks to flat-screen technology. As such, digital signage was not nearly as pervasive as it is today, but the beginnings of those advances could still be felt, with dynamic screen displays creating an eye-catching digital mosaic effect. 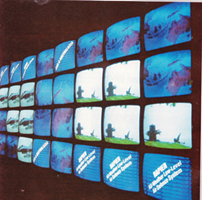 Signage Today
So where has all of this innovation led us to today? For starters, the development of flat-screen digital signage revolutionised its flexibility, meaning that now Merson helps businesses and public spaces implement freestanding digital signage, as well as creating signs that can go on sides of buildings or be suspended from ceilings.

The move from LED to LCD screens has also made digital signage more energy efficient, longer-lasting, and more affordable. Such was the case with one of our clients from 2012, MediaCityUK, who had previously used LED screens with a high failure rate. We were able to install new LCD screens – both outside and inside their buildings – to effectively advertise a range of temporary events, sports and entertainment screenings, announcements and more.

As businesses prioritise sustainability, there has also been innovation when it comes to analogue signage. Merson focuses on using environmentally friendly materials, as well as providing ways to recycle signage when it’s time to upgrade. As we look to the future, there are exciting technologies on the horizon that can make signage even more valuable to businesses, revolutionising the way information is transmitted to the public whilst keeping our planet’s health in mind.

As you can see, Merson has been at the forefront of changes in this ever-evolving industry for almost nine decades. And whilst we may have moved with the times, our passion for signage has never wavered. Now, we proudly combine time-tested signage strategies and materials with the cutting-edge innovations of modern technology. To learn more about our services, including digital signage for retail, wayfinding, and bespoke purposes, contact us at enquiries@mersongroup.com or visit us at https://www.mersongroup.com 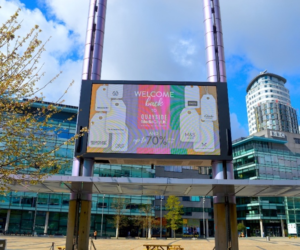 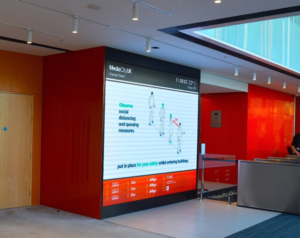 AV at 40: Videowalls – The cubes that came and went 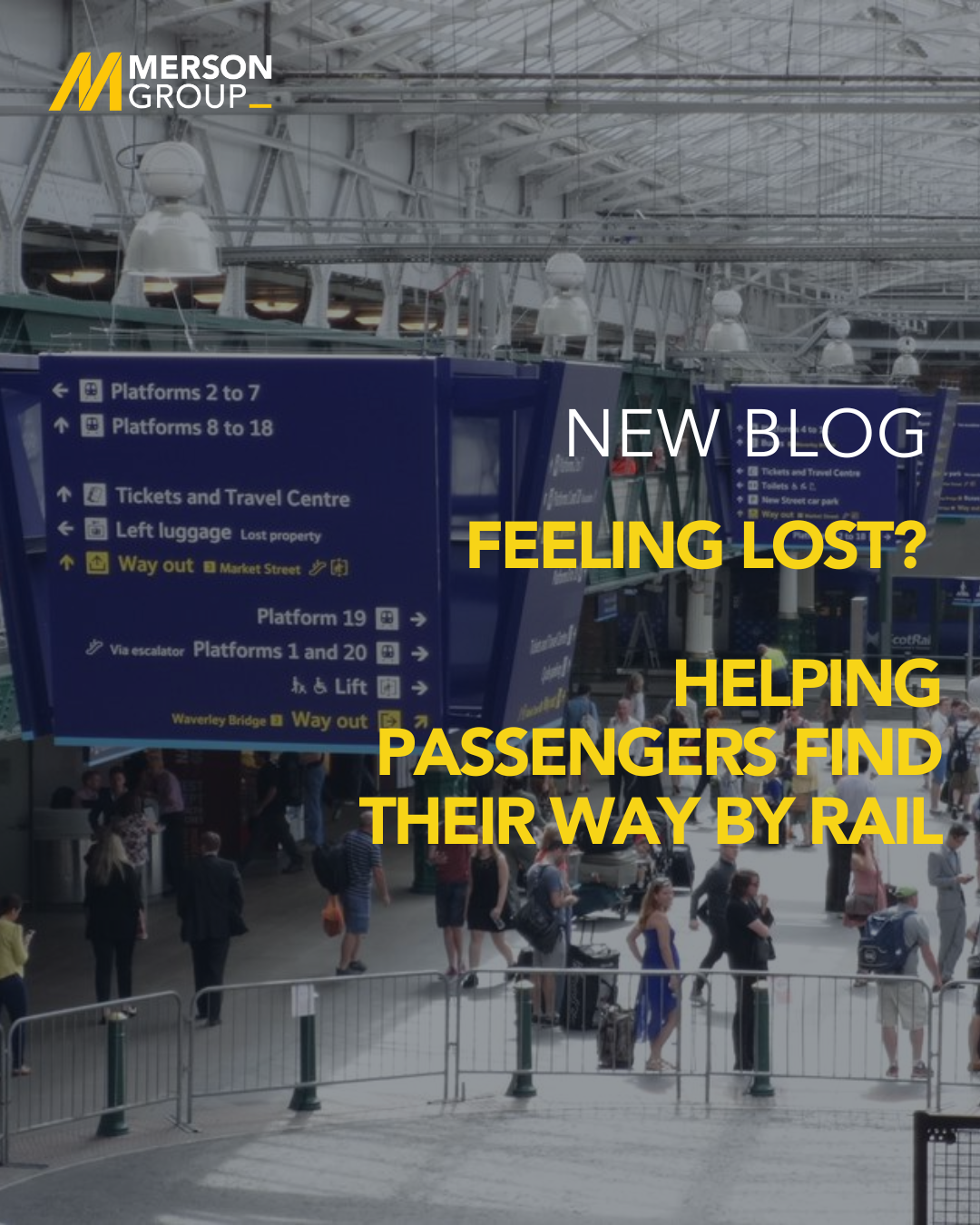 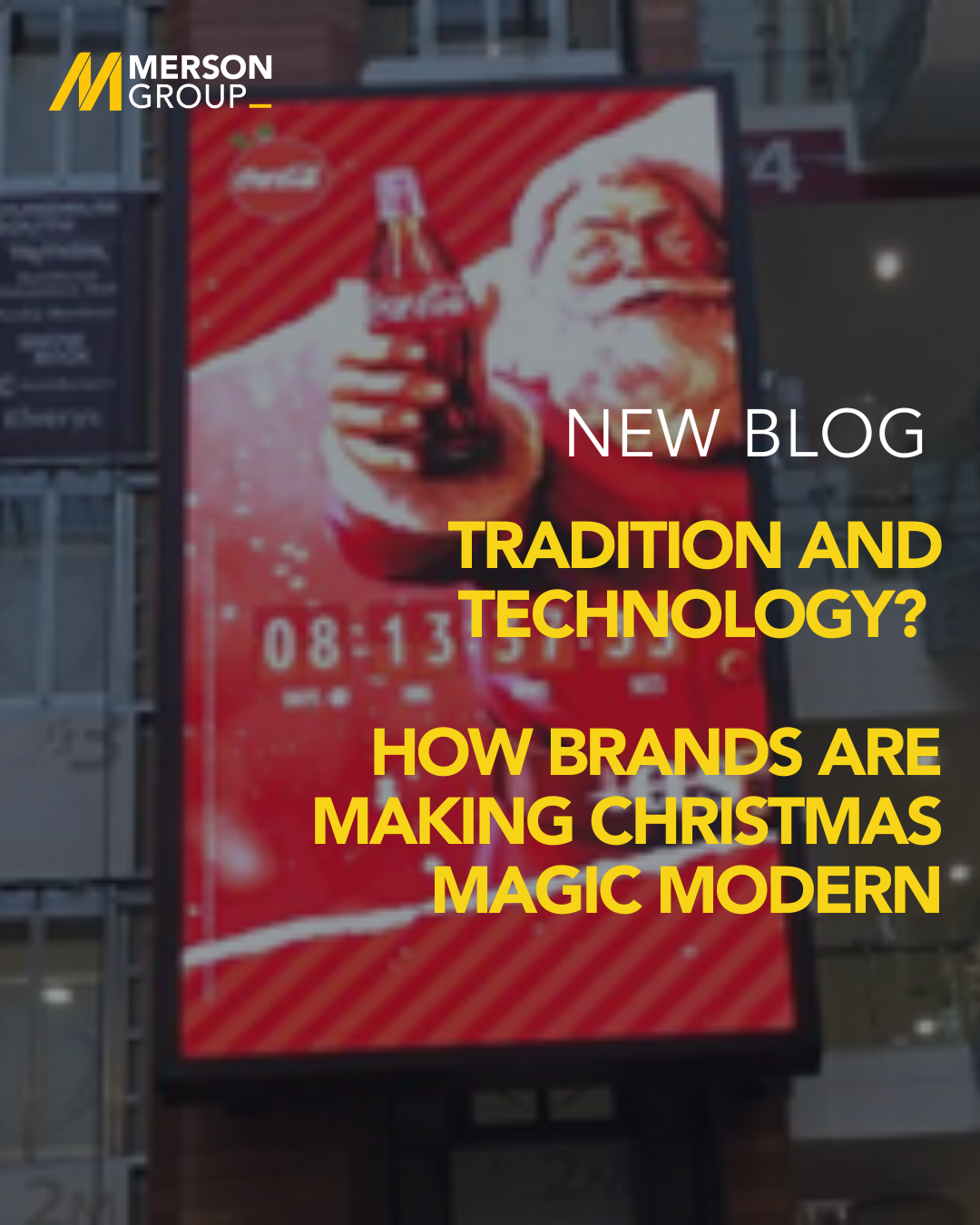 Tradition and Technology? How Brands Are Making Christmas Magic Modern